The Creative Arts in Education

I am so excited to share news about our new book with my friends and fellow storytellers.  After years of telling my mother-in-law’s stories, Steve and I finally got down to work and wrote a book devoted to  her life experiences.  The full title of the book is Tales of Mischievous Martha: New York City Wanderings, Foster Care, and Orphanage Life.

Spanning three generations, Tales of Mischievous Martha is a true coming-to-America story. Its centerpiece is a vibrant evocation of Martha Herman’s life in over 60 vignettes beginning with her New York City wanderings as a little tyke. She was taken away from her family at the age of six and lived in foster care and then in an orphanage. Her stories bring to life Mischievous Martha, a sometimes defiant, ever resilient child standing up for herself despite bullies and institutional regimentation until returning home to her mother’s New York City tenement home in 1925. Her stories are told with tenderness, compassion, humor, and pathos. Kids love her adventures and misadventures, and they sympathize with her struggles and setbacks. They giggle when she emerges from the mud without her clothes or fills her bloomers with enough apples for all forty kids in her class or frustrates her big sisters by imitating the storybook character Pollyanna. Whatever the problem her mischief gets her into, kids root for her, and almost always she is able to use her wits, humor, and courage to outwit bullies or to escape the predicaments entrapping her.

The Epilogue continues Martha’s story, showing how she applied the wisdom she had gained at the orphanage to her role as a parent responsible for her own children. Her lessons might speak to parents worried about a strained parent-child relationship. Her ideas are good conversation starters at home and in schools about a perennial social issue: a child’s freedom, autonomy, and dignity versus society’s needs to protect its children. Appendix B contains a how-to section prepared for readers and especially grandparents who would like to follow Martha’s example as a legacy for future generations.  And of course, the Prologue had to have the family’s “coming to America story” at the turn of the last Century. 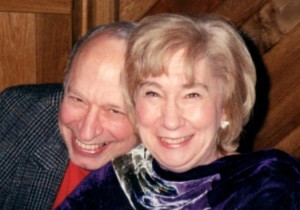